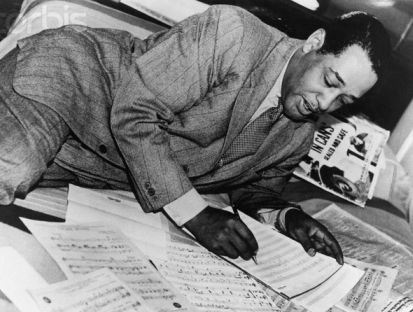 I’m a pretty big transcriber, and I thought I would offer some thoughts about it- some whys, why nots, and things I have to think about when doing it. This is not a how-to- that will be coming soon as a separate post. Please excuse the laundry list format- I don’t have a lot of time to go real in depth right now. I guess that’s why God gave us blogs…

Why I transcribe:
– To facilitate listening. All the other whys follow from this.
– To see exactly how a drummer does his job. How he handles the craft end of things- time feel, ensemble figures, set ups, fills, comping. This is a short entry, but a really big thing.
– To get a sense of the size of tool box a drummer brings to a performance. How many types of things does he play? How many ideas?
– To clarify mysterious things. Some drummers play things that are easy to understand, some play things that defy real instant analysis- Elvin Jones and Jack Dejohnette are examples of that. In the case of Vinnie Colaiuta, I might want to see how in the hell he gets through an extended guitar solo in 19/16.
– To get statistical information- how often he make strong crashes, how often he uses the toms, how often does he vary or leave the ride cymbal. How much space he leaves, how long he stays at certain dynamic levels. I just want a better impression of those things than I might get just from listening- I’m not actually counting up cymbal crashes.


What I don’t do:
– I don’t transcribe to learn cool things to play on the drums. Musical context is the entire point. So I don’t transcribe burning “set piece” drum solos that have nothing to do with anything musically.
– I don’t play my transcriptions. My feeling is that on the drums especially, it’s a little bit like trying to forge someone’s signature- you can mimic the outward appearance, but not the true process.

Issues:
– Limits of audibility, accuracy. Due to recording technology, the mix, and the extreme dynamic subtlety of the musicians, you simply aren’t going to be able to get every single note much of the time.
– Invisible (I should probably say silent) things like stickings. There is a lot of invisible-to-the-recording content to Buddy Rich’s playing, for example. A number of other drummers are this way. It’s a particular challenge of brush transcriptions, in which case I just get what is audible and ignore stickings and brush patterns altogether.
– Playability. Often what is audible will be so sketchy that it presents an incomplete, misleading picture of what was played, making for an unplayable transcription.
– Readability. When transcribing for general consumption, I follow the KISS rule. Don’t overdo it with the gradations of dynamics and rhythm, and try to resolve sketchy passages to at least make drumistic sense. If it’s clear that there is a lot of only occasionally audible snare drum ghosting or bass drum feathering going on, I leave it all out, and make a written note that I have done so. Leave something for people to discover as they work through it.
– Getting the result but missing the method. Very easy to do. The transcription is often only a clue to the process the player used to make a  performance. And that’s actually the way I like it- misunderstanding things is one of the ways creativity happens.
– “Organic” content. Things played out of time, or loosely to the point of looking very weird when notated precisely. Surprisingly, there is less of this than you would think in Elvin Jones’ and Jack Dejohnette’s playing, and relatively more in Billy Higgins’. I may handle this by resolving it to what was “meant”, or sometimes with a written instruction.